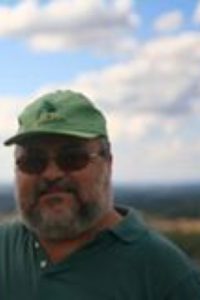 Nelson Valverde, MBA is a serial entrepreneur. He was born in 1954 in La Paz, Bolivia, where he lived until he was 18 years old before leaving to attend college in the U.S. He graduated from Dartmouth College with a double major in Economics and Engineering and obtained an MBA from the Wharton School at the University of Pennsylvania.

His first professional job was as a department head with the Bolivian Planning Ministry. He then spent three years with World Bank in Washington DC, became a management consultant with a Cambridge-based firm, started his own consulting firm and spent 15 years as an International Banker with one of Boston’s largest banks, where he rose to the level of senior vice president and head of International Correspondent Banking. In 1995, he started an Internet Service Provider called GreenNet®, which is still in business. In 2004 he started his current passion Invalsa Coffee® — a business dedicated to sourcing and distributing sustainably grown coffees by pioneering Direct Trade. The company also pioneered selling coffee online. He then learned to roast coffee, becoming a “Roastmaster” and international coffee judge by participating in many Cup of Excellence® competitions. His roasted coffee is sold under the Valverde Coffee Roasters brand.

In 2013, in partnership with Taza Chocolate (Somerville, MA), Invalsa started the first Bolivian, organically-certified cacao fermentation plant: Alto Beni Cacao Company. Its cacao is now exported to the US and Europe. He also serves on the boards of the New England Latin American Business Council, the Latino Professional Network of Boston, the Massachusetts Association of Town Finance Committees and was a former West Newbury Selectman and former volunteer for the West Newbury Fire Department.