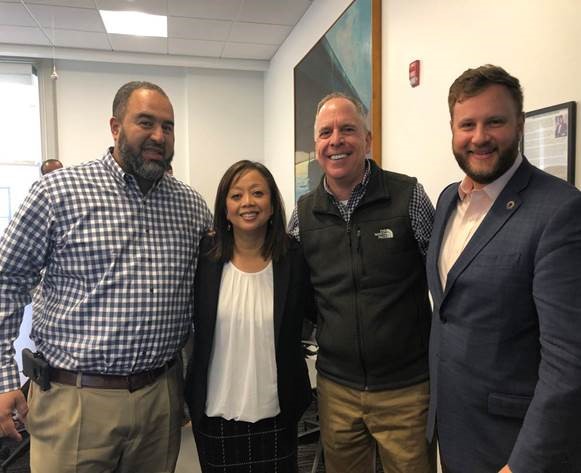 HRiA, in collaboration with the Massachusetts Public Health Association (MPHA), co-hosted an informational breakfast with State Senator Julian Cyr, a key public health ally in the Massachusetts State Senate. The breakfast session gave leaders from public and private institutions an opportunity to share their top public health priorities with the senator, in his second term representing Cape Cod and the islands. Senator Cyr serves as the Chair of the Joint Committee on Mental Health, Substance Use and Recovery; as Vice Chair of the Joint Committee on housing; and as Assistant Majority Whip. The group raised a variety of timely topics – issues that are experienced not only in Massachusetts, but across the United States as well. Participants discussed lead poisoning prevention, violence and trauma, substance use disorders, mental health, and local public health infrastructure.

HRiA also extends special thanks to Senator Julian Cyr for his time and attention, and to MPHA for co-hosting the breakfast.