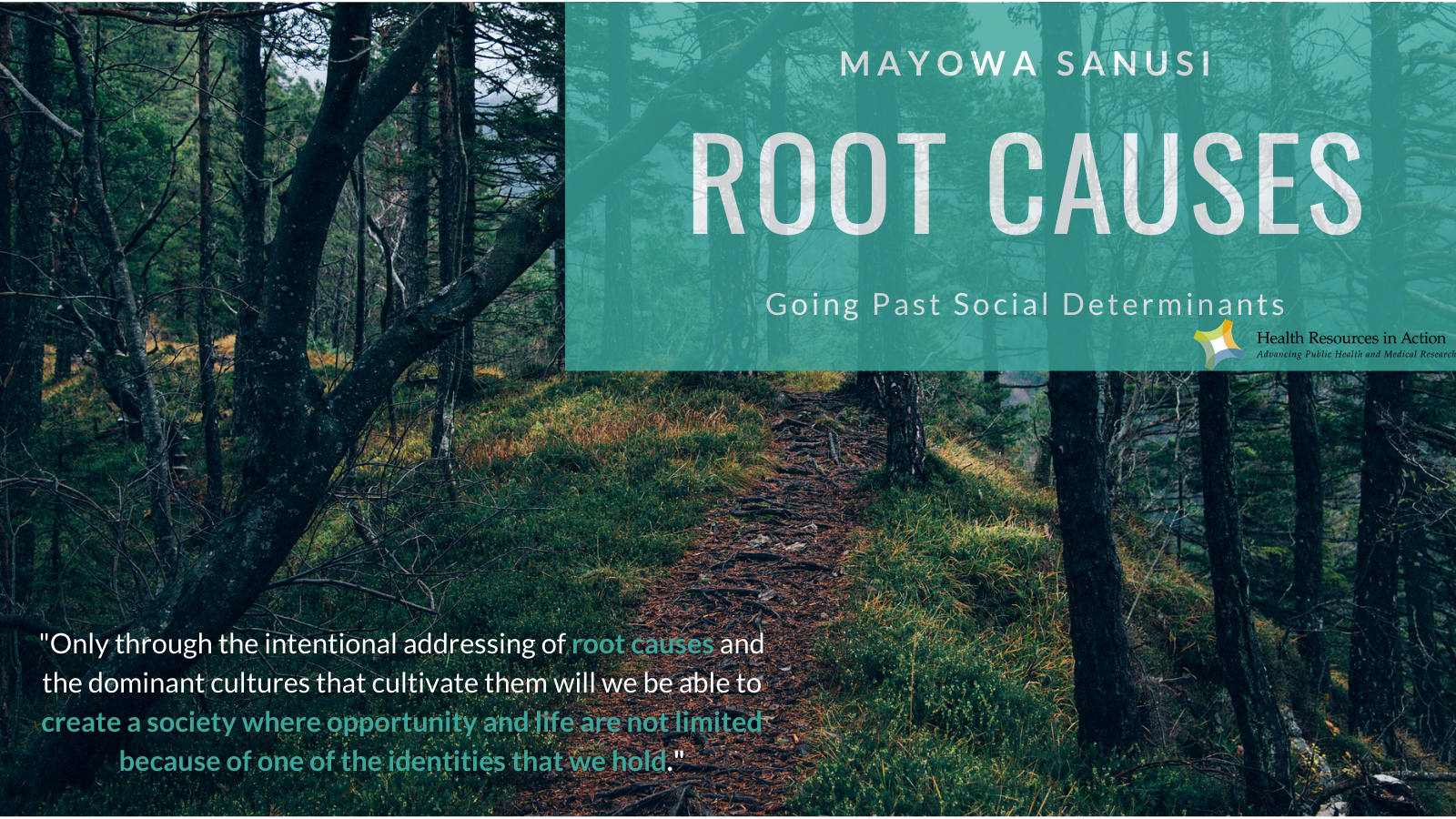 Decades of racist policies enforcing racist systems have created an environment in which Black communities suffer from high rates of infection and death from COVID-19, police brutality, and economic hardship. Since all these issues have a direct effect on community health, public health professionals are presented with a question that has needed an answer for far too long, “How do we root out racism?” We must now figure out how to move forward in one of the most racially charged periods in recent history. In order for the field to move forward and root out racism, public health needs to go deeper than the Social Determinants of Health and start addressing the Root Causes of Inequities, such as racism. 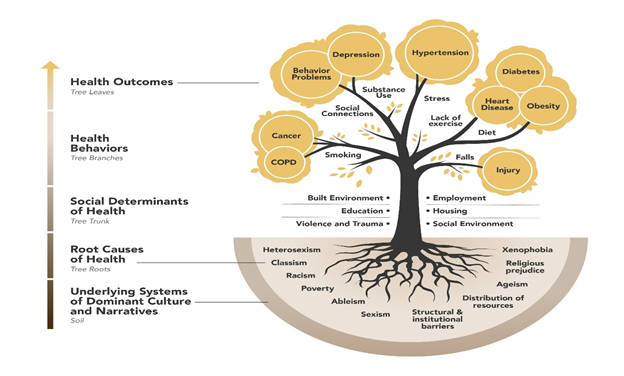 The goal of the Funds is to advance equity in the Commonwealth of Massachusetts by removing systemic barriers. To advance equity across the Commonwealth, 32 community organizations were funded to create and implement policy, systems, and environmental change initiatives. To guide our work for this funding opportunity, we needed a model that would address various forms of oppression that we knew were responsible for the inequities we saw across Massachusetts, so we ultimately landed on the tree model.

The use of a tree is simple yet so powerful for understanding the connection between health outcomes and root causes. What we see in the leaves of a tree are dependent on the soil and the nutrients that are absorbed by the roots. The same is true for health outcomes. From the soil to the leaves, the connection is clear between underlying systems of dominant culture that deprive certain people of opportunity, such as White Supremacy culture, and health outcomes such as heart disease or diabetes, which are seen in higher rates among Black communities. This model shows us that underlying systems created by dominant culture lead to forms of oppression and in turn cause unfavorable social conditions in areas like housing. These unfavorable social conditions lead to poorer health outcomes among specific groups that are oppressed by the prevailing dominant culture. How COVID-19 has affected Black communities can be used as an example of how the varying levels of the tree interact.
Starting from the soil, White Supremacy culture can be identified as one of the underlying problems that causes disproportionate outcomes related to COVID-19 in the Black community compared to White communities. White Supremacy culture cultivates and advances systemic racism which creates policies and practices that advantage White people in society and oppress Black people. These racist policies and practices affect social determinants of health, such as housing and employment. Lower rates of housing and employment lead to higher susceptibility to disproportionate economic and health outcomes from COVID-19 for Black communities compared to White ones (see below). 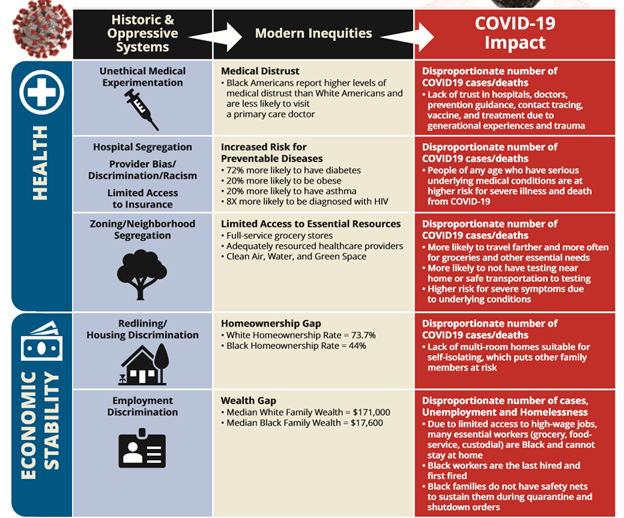 If there had been a stronger emphasis on the root causes of inequities, the pandemic would not be as detrimental to the Black community. Public health professionals now have a chance to learn from what the past year has shown us and truly advance health equity in the field. To do so, a more intentional focus on root causes such as racism is paramount. Only through the intentional addressing of root causes and the dominant cultures that cultivate them will we be able to create a society where opportunity and life are not limited because of one of the identities that we hold.

This piece initially appeared as “Going Beyond Social Determinants to Root Causes” on Medium.com. 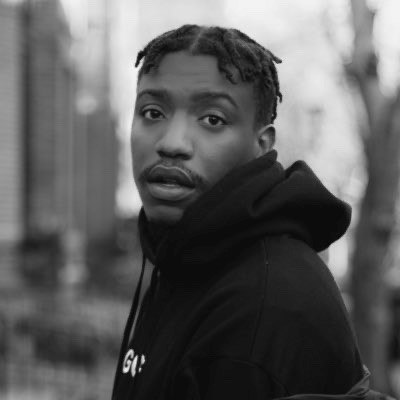 Mayowa Sanusi is a Research Associate at HRIA. He has passion for social justice. He received his MPH from Boston University and lives in Dorchester, MA. He is a 2021 Community Fellow of the Institute of Nonprofit Practice.
Share on FacebookShare on Twitter
This website or its third-party tools process personal data.In case of sale of your personal information, you may opt out by using the link Do not sell my personal information.
×
Manage consent