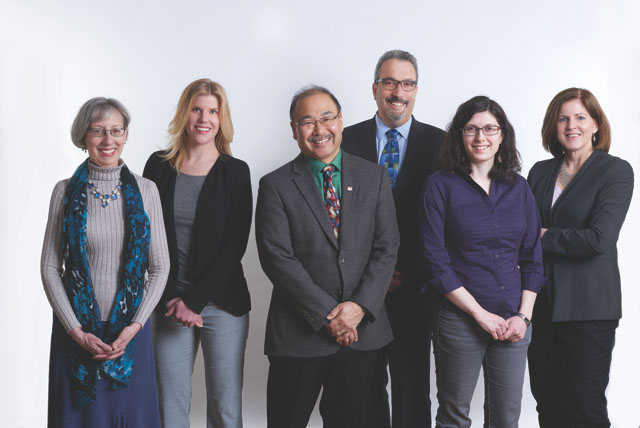 OK, it may not exactly have the drama of a Red Sox game or the glamour of the Emmys, but scientific peer review does have a charm all its own. Fall is always a busy season for The Medical Foundation (TMF) at HRiA: it seems like every week this fall we convened a scientific review committee somewhere. Some proposals will be funded, most will not. Science, at every stage, is a deeply competitive enterprise. The surprise of scientific review is that the competition itself is a community project, and projects community values. In the last few weeks, we have had two very different review committees meet. One award program was for senior investigators with ideas that were nearing application in patients; the other offered awards to new investigators in New England. Despite the differences in the intent of the award programs; both sets of discussions were deep and intense.

The Dr. Ralph and Marian Falk Medical Research Trust offers up to $1.3 million each to teams from around the US for translation research – moving from the lab to treatment – through the Falk Catalyst Awards Program and the Falk Transformational Awards Program. I entered the small conference room at the O’Hare Hilton 9 am, an hour before our start, reviewers had already begun to filter in. Laptops open, they sipped coffee and tried to make up for the time lost on the flight in. Few of the reviewers knew each other, but the atmosphere was warm and friendly. The eleven extraordinarily accomplished men and women had strikingly different perspectives. Several were university professors, at least one leads a national non-profit, and several were biotech talent scouts. The chair runs his own strategic consulting company. Despite their remarkable credentials, none of them were afraid to get their hands dirty; they got into the weeds of each proposal, weighing feasibility versus innovation. Did the team work together well? If the first experiments didn’t go as expected, then what would happen? The discussion focused on the likelihood of reaching real patients. At 4:00 pm, their work done, the reviewers shut their laptops and scattered into the airport’s underground paths.

The Smith Family Awards Program for Excellence in Biomedical Research funds new faculty members in New England. Over the years, Smith Awards have launched quite a few remarkable careers. As the meeting started at the downtown Harvard Club, John Kanki, PhD, had each person introduce her or himself. Their scientific pursuits ranged from the bacteria in the guts of worms to human neural connections. One commented that the Smith Awards got her own career started. As the reviews progressed, scientific discussions were interspersed with considerations of career development: what kind of institutional support does the applicant enjoy? Is the project an important new direction, or a competent continuation of work already underway?

At HRiA, we often discuss the role of “community,” and view ourselves as conveners of community discussions. At TMF, when we convene review committees we get to watch how the scientific community supports its young and how it pushes through from hard-won scientific knowledge towards the relief of human suffering. The countless hours that scientists spend on volunteering to review demonstrates that science is a community enterprise. And the conversation of the community enterprise has begun including the efforts to develop a diverse biomedical research workforce.