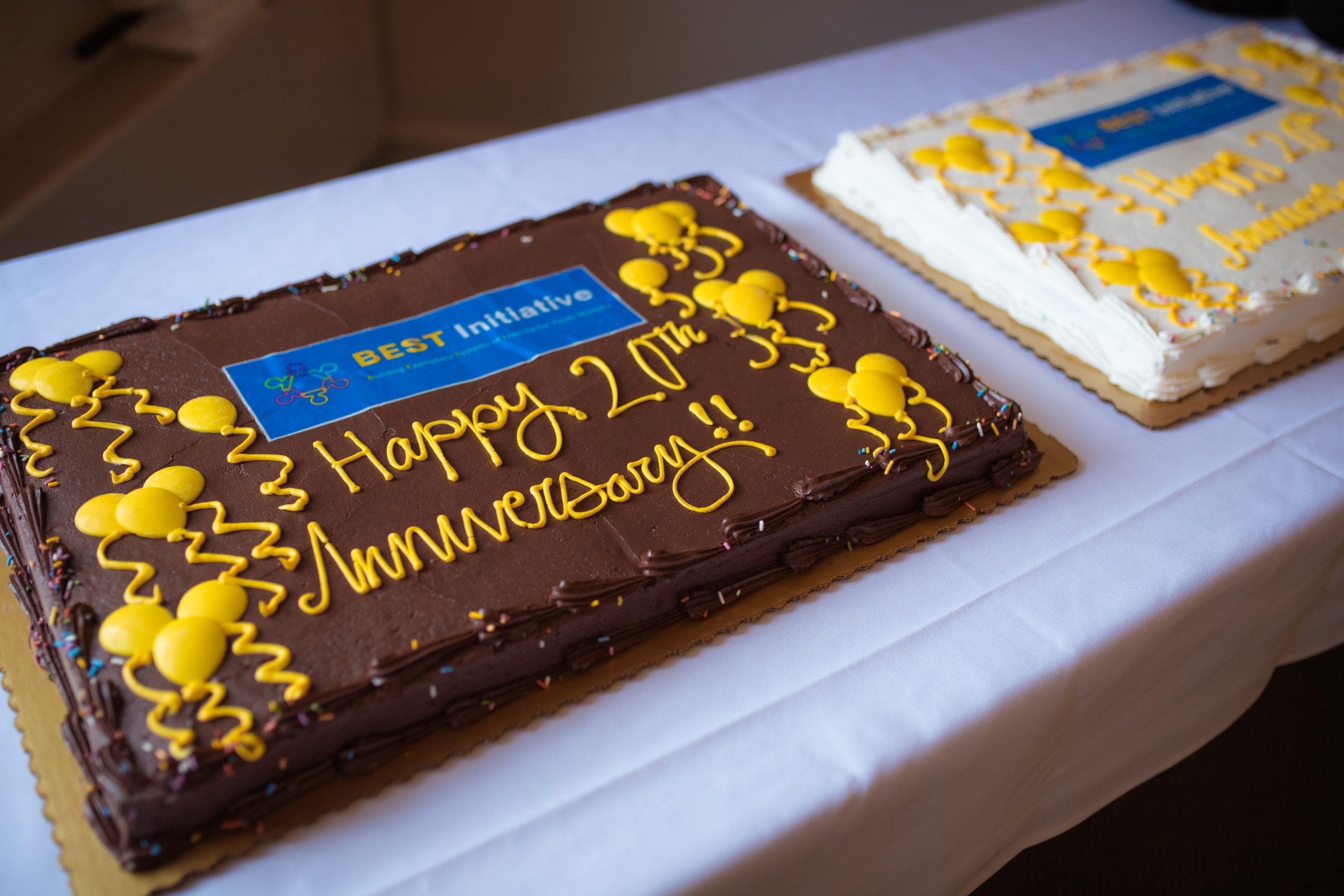 Tonayo Crow is an Administrative Coordinator in Training and Capacity Building at HRiA and a key member of the planning team for the Youth Work Intensive Conference. She has graciously shared the follow reflection on the conference from her perspective.

The day began with warm remarks from HRiA’s Laurie Jo (LJ) Wallace and Mo Barbosa, the emcees for the day. They were joined by Daisy Ortega, the conference lead, who thanked folks in the room for being a part of the youth worker community, emphasizing how the BEST Initiative would not be celebrating 20 years without the strong group of youth workers represented in the room. She also encouraged participants to take advantage of the skill-building offered by presenters, and to use the day to learn with and from each other. HRiA’s president Steven Ridini also stopped by, along with Nikki Vanderpol, director of conference services at Simmons University (the location of the conference) to help welcome folks before participants were directed to their workshops.

The day chugged along busily, as I watched from behind the registration table. Excited participants were guided by enthusiastic team members to their workshops, which covered a range of topics including supporting LGBTQ+ youth; college readiness; self-care; engaging youth in evaluation; and supporting creative expression in young people. The middle of the day was highlighted by the presentation of the Youth Worker of the Year Award (also known as the YOUTHIE) to Lamar Brown-Noguera from AIDS Project Worcester/SWAGLY. Lamar was recognized for their incredible work in the LGBTQ+ community in Worcester, and their dedication to the young people they serve. Mo Barbosa summed it up best when he said that Lamar is doing “work in a place that’s really hard to work in general, supporting a population that doesn’t get a lot of support in Worcester County . . . facing barriers that we don’t always face [in Boston] . . . [and] doing it with grace and aplomb.”

As the day wound down, participants were invited back inside the main room for closing remarks and to compete for donated raffle prizes. A competitive game of rock-paper-scissors ensued to win a beautiful self-care basket (donated by Trader Joes). Other prizes included a Tasty Burger gift card; tickets to several Boston attractions including the New England Aquarium, Institute for Contemporary Art, and Boston Duck Tours ride; and more. With the sun shining outside, Mo and LJ brought folks back together for a final closing circle. Participants were given a chance to speak into the circle a few take-aways from the day that they would continue to think about moving forward. Themes that emerged included: the sense of community at the conference, the dynamic workshops, and the warm atmosphere created by this group of youth workers.

“My favorite part of the day,” commented LJ Wallace, “was really how the youth workers felt valued and appreciated and had a space for them, a conference that was for them where they could really think about and talk about their own issues and concerns. [I]t was really fun and exciting to bring lots of different folks to lead workshops that hadn’t had that opportunity before.”

While reflecting on the day myself, I was struck by the simmering, excited energy of the participants. My sentiments were echoed by other staff, who shared some of the following reflections:

“[I]t’s encouraging to have so many people that serve youth . . . in one place.”

“[I]t’s clear that youth workers put in so much time and effort into their programs, and it was amazing to see them all in one room connecting with each other and sharing their best practices and experience over a hot meal. The day was full of laughter, learning, and a mutual respect for the youth work field.”

Despite the six year break preceding the 2020 Youth Work Intensive, staff left feeling inspired by the day and looking forward to hosting this conference annually once again for many years to come.