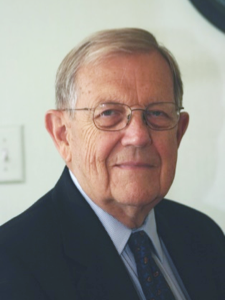 Miles F. Shore, M.D. is Bullard Professor of Psychiatry, Emeritus, Harvard Medical School, and an affiliate of the Center for Public Leadership at the Kennedy School of Government.  A graduate of Harvard College and Harvard Medical School, Dr. Shore trained in psychiatry at the Massachusetts Mental Health Canter and Beth Israel Hospital in Boston and in psychoanalysis at the Boston Psychoanalytic Institute.

From 1965-1975 he was on the faculty of Tufts University School of Medicine in Boston where he directed the Tufts Community Mental Health Center, and for three years was Associate Director for Ambulatory and Community Programs at New England Medical Center Hospitals.  In 1975, he was appointed Bullard Professor of Psychiatry at Harvard and Superintendent of the Massachusetts Mental Health Center, a major Harvard teaching and research program in psychiatry, which was also a component of the Massachusetts state Department of Mental Health.  In 1983, he was interim Commissioner of Mental Health in Massachusetts state government.  In 1985-91, he was Director of the national Program for Mental Illness of the Robert Wood Johnson Foundation, and in 1996-97 was President of the American College of Psychiatrists.

In 1993, he was appointed Visiting Scholar at the Kennedy School of Government where he developed and taught a course on leadership for Kennedy School students.  With Joseph P. Newhouse, he developed an executive program on health policy at the Kennedy School for physicians and health care leaders.  He has conducted seminars and workshops on leadership and health policy at the European Health Policy Seminar of the Complutense University in Madrid, the University of Toronto Department of Surgery, the Western Australia Health Authority, and for the Harvard China Business Review and China Medical Board in China.  From 2003 to 2010, he was a senior consultant at Partners Harvard Medical International, initiating and directing health policy executive programs in Switzerland, Italy, and Portugal.