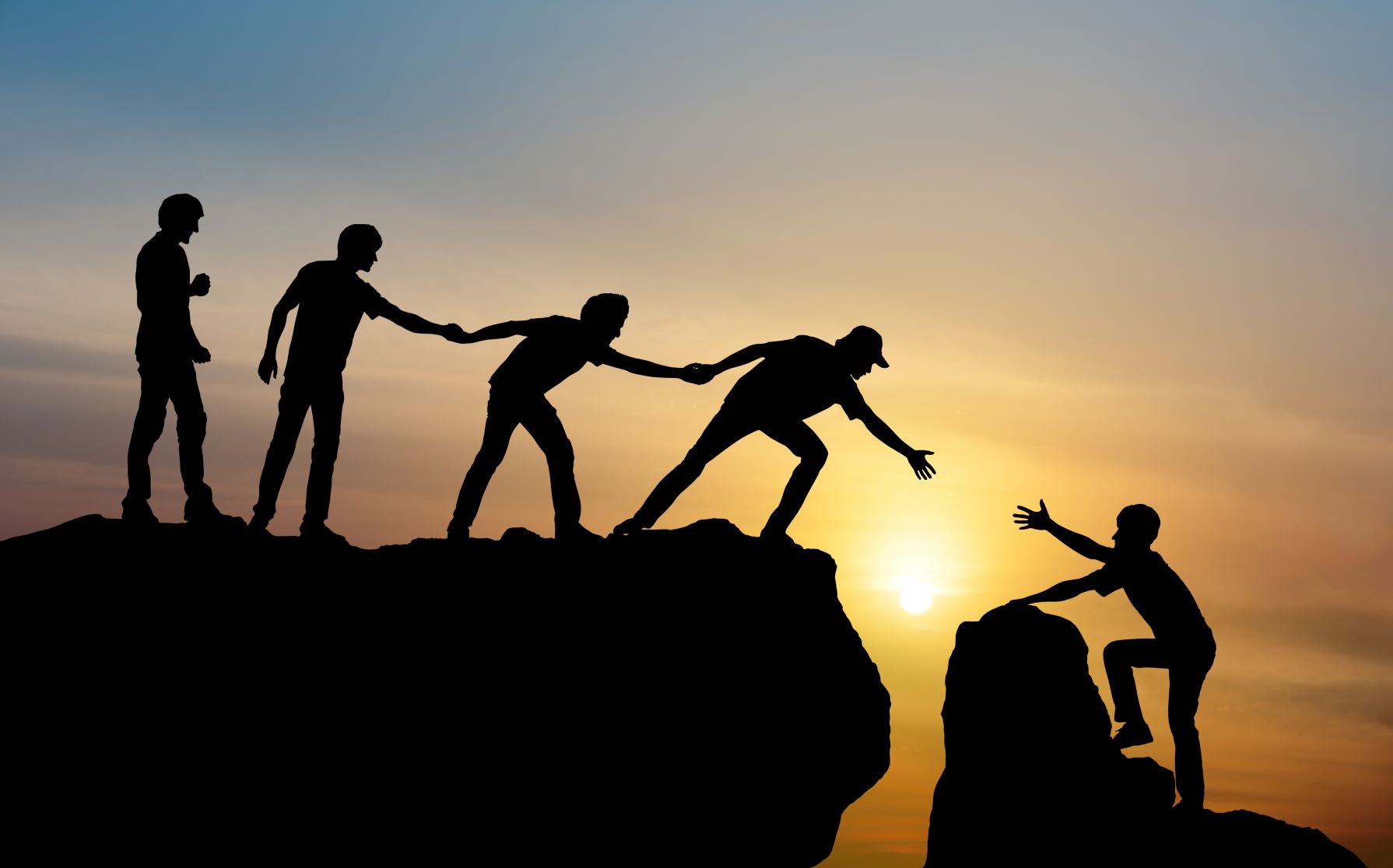 A growing movement is revolutionizing how we approach substance use disorder (SUD) treatment and view recovery – changing our language, helping to remove stigma, and celebrating the hard work of maintaining sobriety. HRiA has guided people in Massachusetts to treatment and recovery resources through the Massachusetts Substance Use Helpline for over 22 years. In that time, we’ve witnessed a significant and empowering shift in the role people experiencing SUD are playing in their own recovery and that of others. The trend is growing to support people in treatment and recovery across the country, including the second state to which HRiA provides Helpline services: Illinois.

A long history of consumer-driven movements

The trend and interest in peer-based treatment and services for people living with substance use disorders is a more recent manifestation of a long and historic “consumer movement” in the US with roots in mental health, consumerism, women’s health, and HIV/AIDS, among others. This movement has advocated for a greater role of “consumers” (those living with an ailment or condition and receiving some form of health service) in their health care, treatment, rehabilitation, and/or recovery.

In the 1950’s, medication treatment enabled people with mental illness to lead healthier and more stable lives, fueling a movement toward deinstitutionalization. By the late 1960’s, former patients of mental hospitals, outraged at the treatment they had received, began to organize into the “mental patients liberation movement.” Viewing the mental health system as disempowering and destructive, “survivor” activists worked to protect patient rights, eradicate stigma, fight against forced treatment, and advocate for peer-run services (such as peer support self-help, education, and advocacy) as an alternative to the traditional mental health system. By the late 1970’s, peer-run services proliferated, founded in the notion that those with similar experiences can help themselves and each other through mutual support.

Also in the late 1960’s, a movement known as “consumerism” (led most visibly by Ralph Nader) encouraged consumers to distrust sellers of products and services and to become informed about product reliability or service adequacy. Although originally targeting traditional goods and services, the notion of consumer sovereignty influenced other areas like human services, and encouraged people to question medical service providers, to be educated about treatment options and their legal rights and benefits, and to be active participants in deciding what services they need or want.

In the early 1970’s, the women’s health movement began to assert women’s rights to information about their bodies and their health, and to choice, privacy, and an active role in their medical care. In 1970, the Boston Women’s Health Book Collective published Women and Their Bodies, which would later become Our Bodies, Ourselves – a book that provided accurate health information for women about their bodies, reproduction, and sexuality, and encouraged and empowered them to become engaged in the political aspects of sustaining good health. Movement activists argued that women can be catalysts for social change as informed health consumers. They can become their own health experts. They have a right to know about controversies surrounding medical practices. And most notably, they have been underrepresented in positions of influence and policy-making in health care issues.

With the rise of the HIV/AIDS movement in the 1980’s, the basic principles of these movements coalesced to profoundly affect the broader medical establishment. When HIV/AIDS was first identified in largely (though not exclusively) gay male communities, a movement rooted in gay and lesbian civil rights developed to combat the disease and to advocate for those affected. In addition to the federal government and the public, the movement targeted the traditional medical establishment, not only for the homophobia and discrimination that those living with HIV/AIDS faced, but also for the lack of opportunity to participate in critical decisions about treating a life-threatening illness. In 1983, the “Denver Principles” were drafted, demanding the rights of people living with AIDS to participate in their own health care and to be involved at every level of decision making.

Despite its early leadership in the self-help philosophy and model of care (specifically with the start of Alcoholics Anonymous in 1935), the field of substance use disorder treatment had not been as fertile ground for the consumer movement as these others until more recently. Many factors, including stigma, probably contributed, but in the last two decades, the role of consumers in addiction treatment has grown, led primarily by what has been called the “new recovery advocacy movement.”  The goals of the movement are to put a face on recovery, reduce stigma and discrimination, and help increase awareness that addiction is a disease and that treatment works.

This social movement is led by people using a myriad of addiction recovery pathways as well as their allies, and has paved the way for critical organizations such as Faces and Voices of Recovery (founded in 2003) which works to advocate for national change and mobilize the recovery community. Another is the Association of Recovery Community Organizations (ARCO), which unites and supports the ever-growing network of local, regional, and statewide recovery community organizations (RCOs). The Legal Action Center, which has taken on issues related to discrimination and legal and policy barriers that people in recovery often face, and the advocacy-focused Johnson Institute were two major leaders in this early period.

These groups and others pushed for peer-based recovery support services, recovery-focused redesign of addiction treatment, pro-recovery laws and social policies, and recovery-focused public and professional education and research. They also called out for those in recovery to offer living testimony to the power and transformation of recovery—to celebrate it—to help break down the stigma that surrounds the disease. Although the SUD recovery movement may not use the language of the consumer movement, the tenets have been similar: that those in recovery can drive how treatment and recovery are delivered, shared, and experienced, and they can be catalysts for social and cultural change within the treatment system and in the wider society.

Here in Massachusetts in the last decade, recovery community organizations and Recovery Support Centers (RSCs)—growing rapidly in the Commonwealth—have helped to bring addiction recovery out of the treatment centers and into the main streets. This is an important shift from isolated treatment facilities to peer support within one’s community. Peer-based and peer-led RSCs (known in Massachusetts as Peer Recovery Support Centers) are organized by and on behalf of communities of recovery and are committed to recovery-related social change in the community they are in. They embrace and support all pathways of recovery and offer resources to help people access the path they choose.

Recovery coaches are another more recent outgrowth of the movement. Coaches are individuals with lived experience in recovery who can provide sustained support for someone—within their community, and over time. As inpatient treatment services become briefer and used less often, the recovery coach offers support for an individual’s chosen recovery pathway. Recovery coaches listen, educate, and provide tools to overcome identified barriers in a partnership that builds on the recoveree’s strengths. Although the emphasis from the early 2000’s has been on the lived experience of the recovery coach, more recently there has been movement to standardize the profession with educational credentials in addition to the lived experience many coaches bring. In Massachusetts, the Department of Public Health funds the Recovery Coach Academy. For a deeper and more personal glimpse into the experience of a recovery coach, read the Massachusetts Helpline’s blog about a Helpline Champion and inspirational recovery coach, Alex Fidalgo.

Participants in the New Recovery Advocacy Movement have moved away from the strictly treatment- focused or mutual aid approach and widened the lens to look at the “ecology of recovery” (1). This approach has shifted the center of intervention from the individual to the community and expanded the role of those in recovery. Individuals share their lived experience with others, proudly vocalizing their own recovery and advocating for change in the language used by the medical field or the media. Those in the recovery community are breaking down the isolation and powerlessness often felt by those with a substance use disorder at individual, community, and cultural levels. People in recovery are taking ownership of and expanding definitions of treatment, rehabilitation, and recovery within and outside traditional health care settings. They’ve helped to build a foundation for treatment and recovery that makes our work at the Helpline more effective and satisfying than ever.

Providers, people in need, and those who care about them can learn more about treatment and recovery and get a tailored list of services in Massachusetts and Illinois.

(1) White, W. The rhetoric of recovery advocacy: An essay on the power of language. 2006